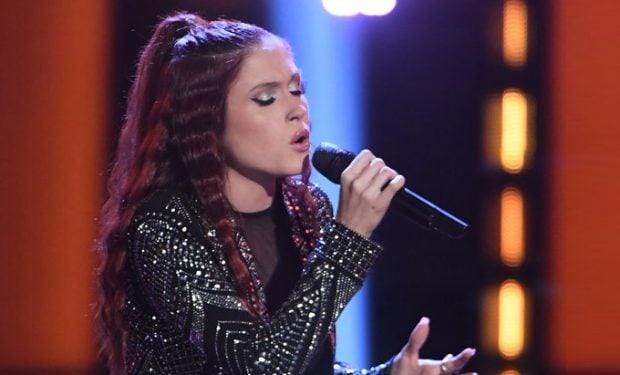 On the Season 18 premiere of The Voice, 20-year-old Ashley Plath of Middletown, New Jersey performed the 1960s Smith song “Baby It’s You” (written by Burt Bacharach) for her Blind Audition.

Alas, none of the coaches turned their chairs. Kelly Clarkson said Ashley had “great range” but also said “it wasn’t consistent enough” for her to hit her buzzer. Kelly also said: “I’d really love it if you came back.” With a big smile, Ashley said: “Hopefully I’ll get that chance.”

When not singing, Ashley flaunts her gorgeous bikini pics (as seen above and below).

Nick Jonas agreed with Kelly and encouraged Ashley: “Your control is incredible and I think you have phenomenal range but if you come back, I’d love to hear something that gives us an idea of your voice and that range we heard at the end a little earlier on.” He promised her: “There will definitely be a chair turn next time around.”

John Legend chimed in too about hearing Ashley’s nerves in the beginning of the audition. Legend encouraged her too: “I know you can do this and do it well. So just come back and do it again.” Ashley told all of them, “I’ll be back, I’ll back.”