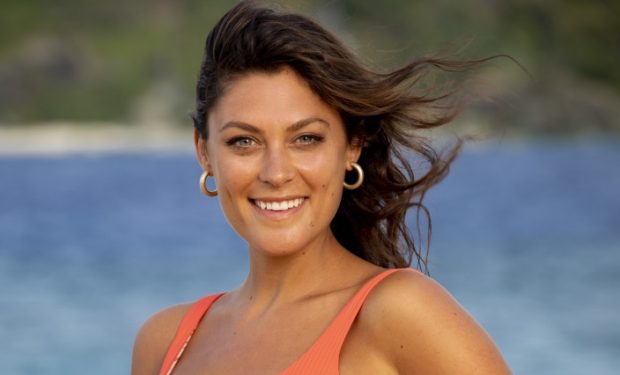 Season 40 of Survivor is a special one. Twenty previous winners of Survivor — over the past 20 years! — are competing against each other for a record-breaking $2 million prize on “Survivor: Winners at War.” The “oldest” winner is Ethan Zohn, 45, winner of the 2001 season “Survivor: Africa.” One of the youngest is Michele Fitzgerald, 29, winner of “Survivor: Kaôh Rōng” in 2016.

Since winning the competition, Michele left her job as a bartender and now works full-time in the travel industry. This time around, Michele says she wants “to be a little bit more multi-faceted, and show other sides of Michele Fitzgerald than this little beauty girl.”

When not filming Survivor, Michele Fitzgerald enjoys her downtime at the beach and often in a bikini as seen in the photos above and below.

She captioned the photo below: “break up with your girlfriend, i’m bored.”

The Season 40 premiere of Survivor will kick-off with a two-hour show on Wednesday, February 12 at 8 pm on CBS. [CBS streaming: Watch Survivor and/or any CBS show through Amazon Prime or CBS ALL-ACCESS. Both options offer free trials.]