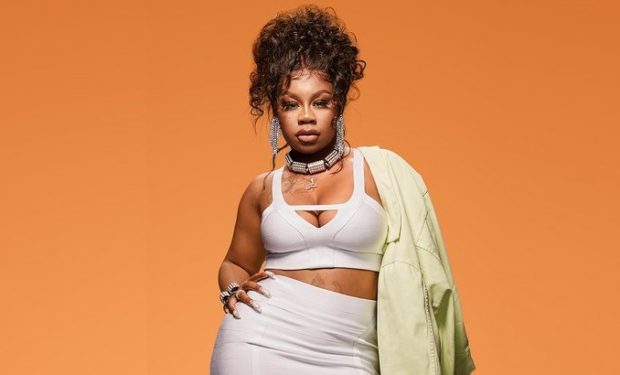 On Season 3 of Love & Hip Hop Miami, veteran rapper Trina is working with emerging fellow female rappers including social media star Sukihana. While Sukihana makes life look fun and easy on Instagram, her professional road to success has had some major detours. The high school dropout had the first of her three children at the age 18, and now her man Kill Bill is “locked up.”

In the video above, Sukihana wears a tiny zebra-print string bikini top with matching spandex pants to MetroWrapz in Miami. There, she’s told that Kill Bill contacted the shop and got her a surprise.

When a pink camo-wrapped Land Rover is revealed, Sukihana crouches by one of the wheels and bounces in her heels. She is just freaking out!

Suki wrote: “I am so thankful @killbill3___ thank you for making me and my children’s life easier even tho your locked up I really appreciate that your doing all you can.” People in the comments range from pride to disbelief. “Insane gift,” says one observer. We’ll say!