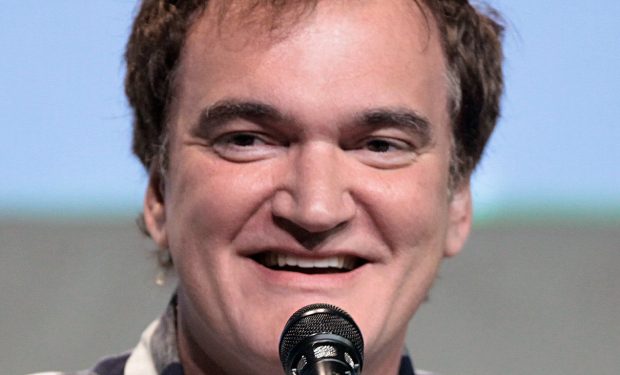 Quentin Tarantino is nominated for three Academy Awards this year for his film Once Upon a Time in Hollywood (Best Original Screenplay, Best Director, Best Picture). The stars are nominated too – Leo DiCaprio for Best Actor, Brad Pitt for Best Supporting Actor – as is the cinematographer Robert Richardson, and costume designer Arianne Phillips, among others.

Tarantino, 56, has won two Oscars for screenwriting (Django Unchained, Pulp Fiction). This is his first shot at Best Picture.

By his side at the 92nd Academy Awards ceremony will be his wife of one year, 35-year-old Israeli singer/model Daniella (nee Pick) Tarantino. She is the daughter of Israeli pop singer and TV personality Svika Pick.

When not singing or on TV, Mrs. Tarantino is likely in front of a camera and often in lacy lingerie as seen in the gorgeous photos above and below.

People magazine reported in August 2019 that the couple is expecting their first child. In the video below, Mrs. Tarantino sings “Bang Bang” as she promotes the Israeli TV network Yes.

The 92nd Academy Awards presentation will broadcast live from the legendary Dolby Theater in Los Angeles on Sunday, February 9 at 8 pm on ABC.