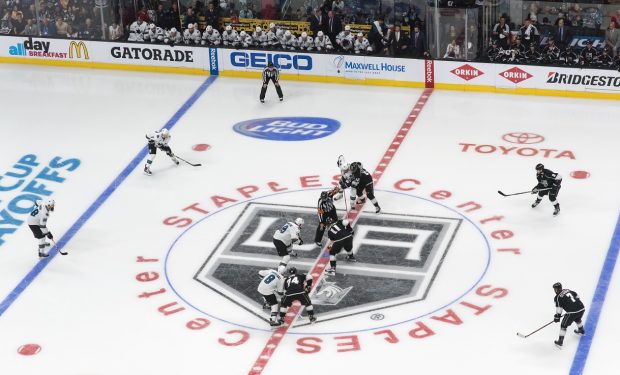 Ryan Graves is the 6’5″ ice hockey defenceman playing with the NHL’s Colorado Avalanche. The 24-year-old Canadian (Nova Scotia) was selected by the New York Rangers in the 2013 NHL Entry Draft.

In 2018, the Rangers traded him for their defenceman Chris Bigras. One year later, Graves scored his first NHL goal, and it was against the Rangers.

When not on the ice, Graves spends time with his gorgeous girlfriend Clare Casey, who keeps her Instagram account private — but that doesn’t keep Graves from sharing gorgeous pics of her in some pretty deep necklines, as seen below.

Clare Casey is as elegant in these photos as Graves is on the ice!

The Los Angeles Kings faces the Colorado Avalanche next on Saturday, February 15. The Stadium Series game will broadcast live from Falcon Stadium in Colorado Springs on NBC.