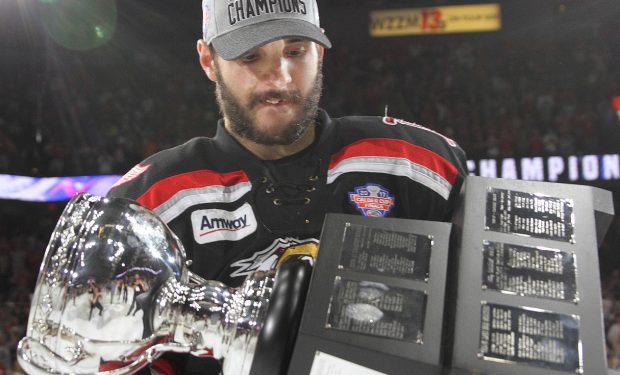 Martin Frk is the Czechia-born professional hockey player playing right wing on the NHL’s Los Angeles Kings. The 26-year-old was drafted by the Detroit Red Wings in the 2012 NFL Entry Draft. In July 2019, he signed as a free agent to a one-year, two-way contract with the Kings.

In January, at the 2020 American Hockey League (AHL) All-Star Classic, Frk broke the record for the fastest shot ever recorded with a 109.2 mph slapshot. Zdeno Chára, captain of the Boston Bruins, held the record last (108.8 mph).

When not on the ice, Frk spends time with his gorgeous girlfriend Kennedy Braun who looks amazing in a bikini! Braun keeps her Instagram account private but left a public comment when he shared the pic: “Happy valentines #frkalicious.”

When she graduated (see photo below), Frk wrote: “one degree hotter.”

The Los Angeles Kings faces the Colorado Avalanche next on Saturday, February 15. The Stadium Series game will broadcast live from Falcon Stadium in Colorado Springs on NBC. [Get it all on your phone with NBC UNIVERSAL app available here. Download is FREE.]