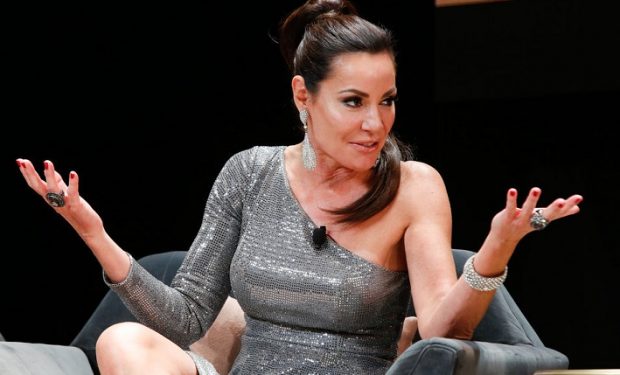 Bethenny Frankel isn’t coming back for Season 12 of The Real Housewives of New York City but the drama and hilarity will continue with Ramona Singer, Sonja Morgan, Dorinda Medley, Tinsley Mortimer and Luann de Lesseps on board. (And new wife Leah McSweeney.)

When not filming The Real Housewives of New York City or performing at one of her cabaret shows, the 54-year-old brunette beauty Luann is enjoying the sun in Los Angeles as seen in the smoking white hot string bikini pic above. Fans noticed she’s reading “Becoming Supernatural“ and they approve.

Check out Luann putting in the work to keep those abs of hers so incredibly flat!