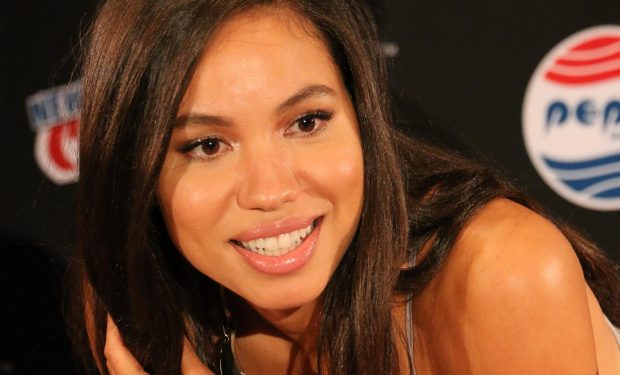 A couple of day before the Oscars, nominee Margot Robbie (Best Supportive Role in Bombshell) shared a Polaroid photo of her with Jurnee Smollett Bell. The two were in New York City promoting the DC Comics movie Birds of Prey (released February 7).

Robbie reprises her role as Harley Quinn; and Bell plays Dinah Lance aka Black Canary, known for her hypersonic screams. See/hear below…

For the world premiere of Birds of Prey in London, UK, Bell wore a see-thru blouse over a tight black bandeau and matching skirt with feathers on the floor.

Many of her fans and friends left compliments including Gabrielle Union who wrote: “Shut. It. Down!!”

Smollett-Bell, who is known for her TV roles on True Blood (Nicole Wright), Parenthood (Heather Hall), and Friday Night Lights (Jess Merriweather), will appear next on the series Lovecraft Country. It’s about a young African-American who travels across the country in the 1950s in search of his missing father.