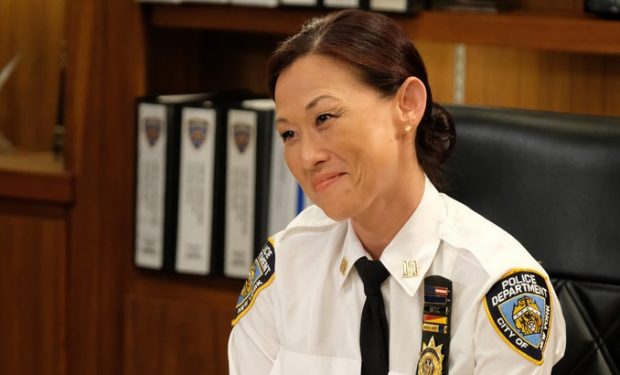 Brooklyn Nine-Nine fans get ready to meet Captain Julie Kim (Nikki Bilderback), who’s replaced Captain Holt (Andre Braugher) on Season 7. In the second episode, Captain Kim tries to win over Jake (Andy Samberg) and the rest of the squad by inviting them over to her house for a dinner party. Hilarity ensues.

If Bilderback looks familiar to you, that’s because you’ve seen the classic cheerleader movie Bring It On (she was Whitney; see abs below) with Kirsten Dunst and Gabrielle Union; Clueless (Cher’s BFF Summer); or Dawson’s Creek (Heather Tracy).