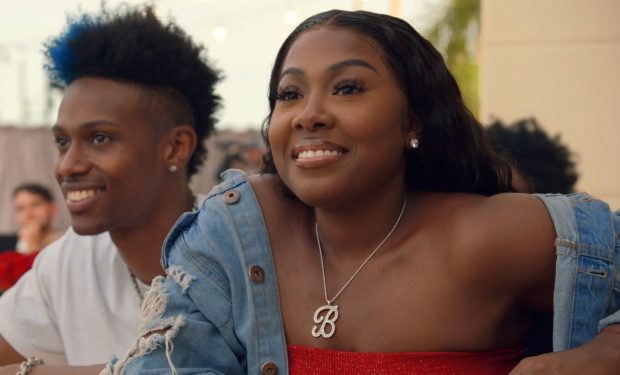 On the Season 14 premiere of Marriage Boot Camp: Reality Stars, five-time Grammy Award winner CeeLo Green is the most famous of the five hip hop couples working on their relationships at the mansion. But the former Love & Hip Hop: New York star Bianca Bonnie, the 28-year-old rapper from Harlem, and her man Chozus, are rising to the top.

When not on TV or in the studio or on stage, Bianca is often in front of a camera and sometimes in a string bikini.

In the stringy bikini pic above, where she’s straddling a banana bicycle seat, she captioned it: “Can’t compete where you don’t compare.”