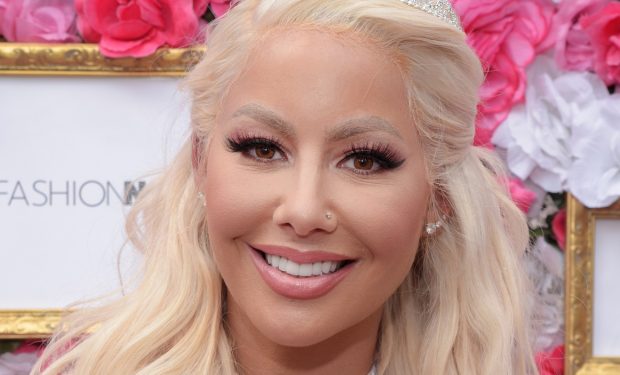 Amber Rose is a 36-year-old model/actress and mother of two. After breaking up with Kanye West in 2010, Rose married and had a baby with rapper Wiz Khalifa. Their son Sebastian aka Bash is about to turn 7. In October 2019, she had her second child with boyfriend Alexander Edwards aka AE. Their son is named Slash Electric.

When Rose shared the lingerie pic above, she revealed a new tattoo — on her face. She has the names of both sons (Bash, Slash) inked across her forehead in Calligraphy. Edwards also got a matching forehead tattoo: the birth dates of the two boys — “10.10.19” and “2.21.13.”

Her fans are having mixed reactions to the tattoos (comments vary from “dumb” to “fearless”) but one fan brings up a good question: “what if you have another kid?”