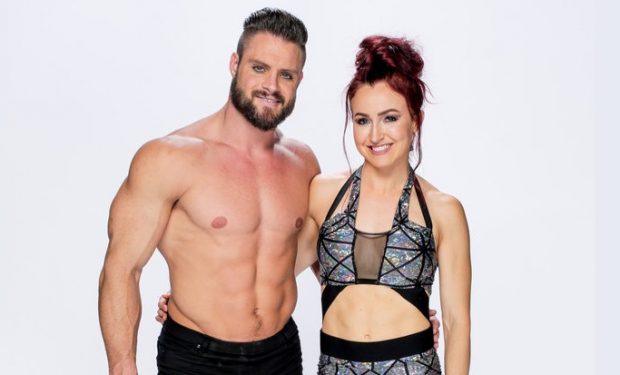 Only 10 acts made it to the finals of America’s Got Talent: The Champions, Season 2, and that includes acrobatic married trapeze couple Duo Transcend, Mary Ellen Wolfe and Tyce Nielsen. The other finalists include accordion player Hans, singer Angelina Jordan, and young violinist Tyler Butler-Figueroa.

Before performing in front of AGT judges Simon Cowell, Heidi Klum, Howie Mandel and Alesha Dixon (who also looks amazing in a bikini!), Mary and Tyce took their toddler son Jaxx to Burning Man in the California desert. See photos above and below. Those abs are truly insane. Yes, that’s an overused word on the internet, but no arguing the point!

Mary wrote: “I now know why everyone is naked at burning man, it’s the hottest thing I’ve ever experienced.” There is no doubt whatsoever: Mary looks hot!

America’s Got Talent: The Champions airs Mondays at 8 pm on NBC.