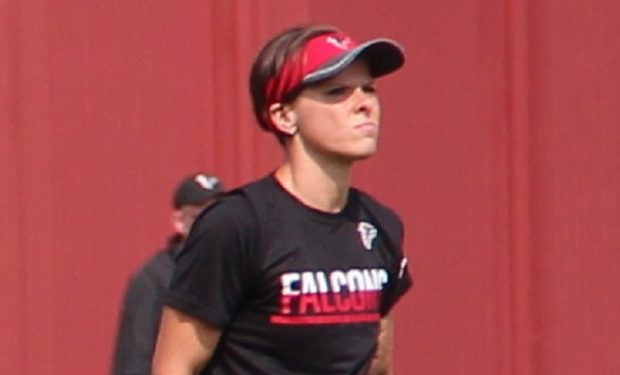 Katie Sowers it the 33-year-old NFL female offensive assistant coach working with the San Francisco 49ers, who are in Miami for Super Bowl LIV. Before coaching, Sowers played in the Women’s Football Alliance for the West Michigan Mayhem and the Kansas City Titans — before retiring in 2013 due a hip injury.

When she joined the 49ers in 2017, she became the first LGBTQ coach in the NFL when she publicly came out before the 2017 NFL season. She is now the first female and first openly gay coach to coach in a Super Bowl.

When Sowers shared the diary entry on social media, she wrote: “Let my experience be your lesson. A reminder to enjoy the little things in life while you can, the things we all too often take for granted like the love of our family – let this be your wake up call.”

Sowers is the subject of Microsoft‘s 60-second Super Bowl LIV TV commercial for its tablet, Surface; see below.