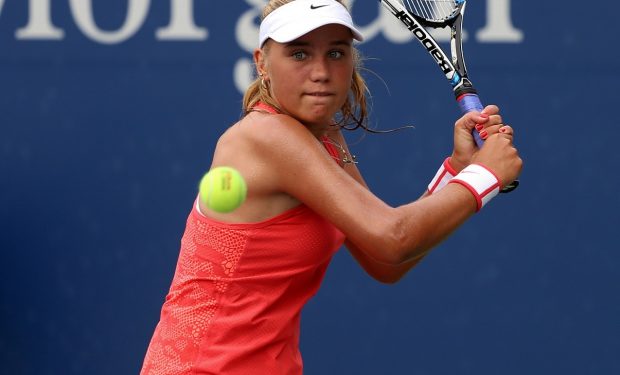 Sofia “Sonya” Kenin is the 21-year-old professional tennis player who’s made it to the semi-finals of the 2020 Australian Open, where she faces world ranked No. 1 Ashleigh Barty. No. 14 Kenin’s best result at a Grand Slam tournament (before now) was at the 2019 French Open, where she defeated Serena Williams in the third round, and then was defeated by Barty in the fourth. No pressure, Sonya!

When not on the court, Kenin enjoys her downtime at the beach — and sometimes rocking a string bikini.

She captioned the photo above: “I’m just a beachy kinda girl.”

The Australian Open: Women’s Semifinals will broadcast live from Rod Laver Arena in Melbourne on Wednesday, January 29 at 10 pm on ESPN 2.