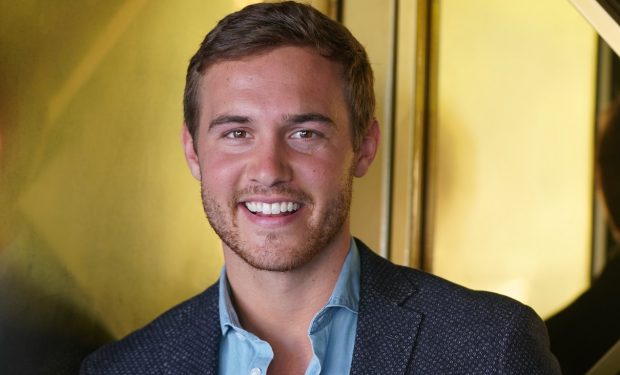 Pilot Peter Weber is the star of Season 24 of The Bachelor. On the second episode, Bachelor Nation star Hannah Brown (The Bachelorette of Season 15, Miss Alabama USA 2019, and winner of Season 28 of Dancing with the Stars) returns. She gives the contestants a run for their money as she and Peter pick up where they left off, “with a conversation full of unresolved feelings for one another.”

If Peter comes across as picky on The Bachelor, it might have something to do with his upbringing. His father, Peter Weber (also a 747 commercial pilot), is clearly still crazy in love with his wife Barbra Weber.

He captioned the topless, bikini pic of his wife below: “Chillin’ in the pool with my beautiful wife. Life is good!”

He captioned the photo below: “I found this Mermaid in the pool and decided to keep her.”

The Bachelor airs Mondays at 8 pm on ABC. [Watch it on your phone with the ABC GO Digital App found here. Download is FREE.]