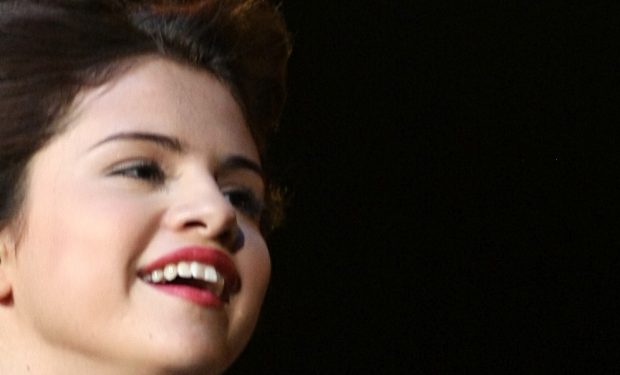 Superstar Selena Gomez is releasing the music video to her new single “Rare.” It was filmed in the woods of Canyon Ranch in California by duo directors, Alex Lee and Kyle Wightman who go by the singular moniker BRTHR. They were interviewed for the 3-minute “behind the scenes” video below, too.

In the video, Selena explains that she recently visited Kenya and “felt so moved” that she wanted her “Rare” video to reflect how she felt there.

“It’s very ethereal,” says Gomez, who looks angelic in all the outfits she wears in the video. (The official “Rare” music video is below.)

There is a brief comical moment captured when one of the directors points out a spider’s web to Selena. Her eyes widen and, seeming both nervous and ultra cool, she says, “Uh…”

Just then the clever editor of the video (Hunter Simmons) pans to the face of the other director who sports a tattoo on his face of a spider making a web.