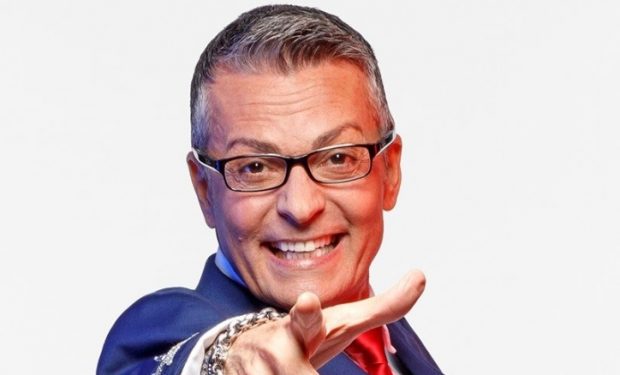 On the new series Say Yes to the Dress America, beloved Kleinfeld bridal gown consultant and designer Randy Fenoli visits the home of Georgia bride Katie Kinson (and her fiance Aaron) and tells her that she’s been chosen to represent her state at a huge wedding that Randy will officiate. (There will be a bride from every state at the ceremony in New York City!) Katie bends over and cries, “Pinch me again, Randy!”

In the sneak peek video above, the Georgian bride and groom want to take Randy to her “mama’s house” for “full-blown Southern hospitality” and suggest that Randy drive their monster truck to her house. Fun-loving Randy agrees to it.

While he’s driving, the bride asks Randy what it feels like and he turns to the camera and says, “It feels like there’s a big machine between my legs,” and everyone bursts into laughter.

Say Yes to the Dress airs Saturdays at 8 pm on TLC. [Watch on Your Phone: TLC GO App found here lets you stream any TLC show. Download is FREE.]