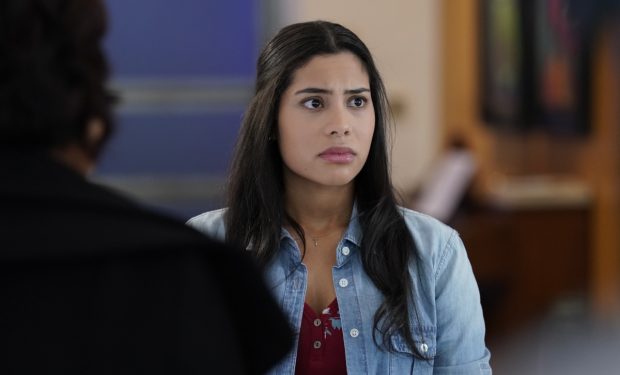 When not filming Blue Bloods or episodes of the upcoming Saved by the Bell reboot with OGs Mark-Paul Gosselaar, Elizabeth Berkley, and Mario Lopez, the gorgeous 24-year-old actress Velazquez (who’s playing sophomore high school student Daisy) is taking selfies of her snatched waist in crop tops!

(NOTE TO FANS: Mark-Paul Gosselaar‘s character Zach is now the governor of California!)

Blue Bloods airs Fridays at 10 pm on CBS, right after Magnum, P.I. at 9 pm, and Hawaii Five-0 at 8 pm. [Watch CBS on your phone with Amazon Prime or CBS ALL-ACCESS. Both options offer free trials.]