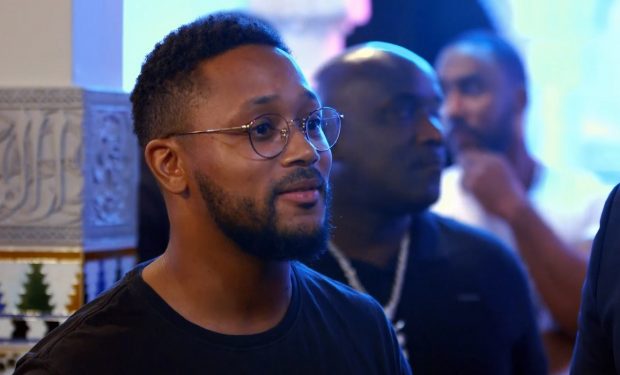 On Season 5 of Growing Up Hip Hop, Romeo Miller (son of Master P) has made it clear to his close friend Angela Simmons (daughter of Run DMC’s Rev Run) that he doesn’t approve of her scantily clad photos on social media. Angela accuses him of being a hypocrite since he often shares shirtless photos of himself.

When Angela sees Romeo’s video below, she will likely point and yell “AHA!”

The video is filmed at a gym where he’s training for his new action thriller movie MONSTAH, and yes, he has his shirt off for the most part. “BEAST MODE!” he writes.

P.S. That song is his and it’s called “Your Own Hero,” on his new album Hidden Treasure.

Growing Up Hip Hop airs Thursdays at 9 pm on WEtv. [Get it on your phone: WE TV Digital App found here. Download is FREE.]