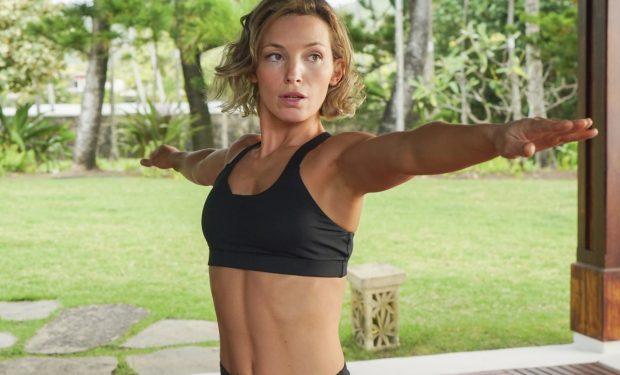 On the Magnum, P.I. episode “Mondays are for Murder”, while Magnum (Jay Hernandez) and TC (Stephen Hill) go undercover as efficiency experts to solve a murder at an office, Rick (Zachary Knighton) wants to know why Higgins (Perdita Weeks) faked an injury to prevent her from investigating the case with Thomas.

When not filming Magnum, P.I., the Australian actress Weeks often spends her downtime outdoors — and often in a string bikini. She captioned the selfie below, “Feels obnoxious. Deffo a keeper.”

Magnum, P.I. airs Fridays at 9 pm on CBS, right after Hawaii Five-0 at 8 pm, and right before Blue Bloods at 10 pm (starring the original Magnum, P.I., Tom Selleck!). On Your Phone with Amazon Prime or CBS ALL-ACCESS. Both options offer free trials.