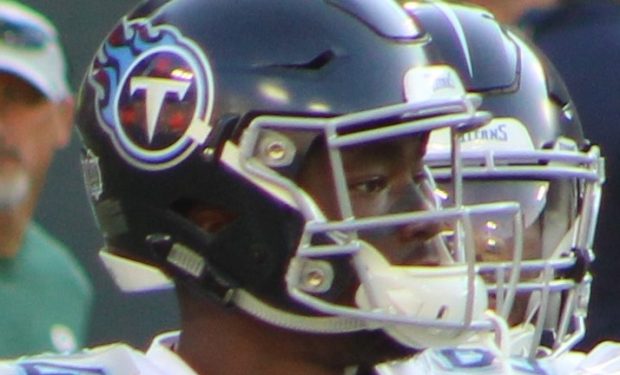 Corey Davis is the 24-year-old wide receiver playing for the Tennessee Titans in the NFL. Davis played four years of college football at Western Michigan before he was drafted by the Titans in the 2017 NFL Draft.

So far this season, the 6’3”, 209 lb. professional football player has scored two touchdowns helping secure wins against the Atlanta Falcons (24-10) and the Los Angeles Chargers (23-20).

When not on the field, Davis spends time with his gorgeous girlfriend Bailey Shelton, who looks amazing in these red monokini pics (above) and the wild string swimsuit below taken on the beach in South Miami, Florida.

On New Year’s Day, the couple just announced that they are expecting a child together (a baby boy!), due in June 2020.

The Tennessee Titans (9-7) vs. New England Patriots (12-4) AFC Wild Card game will broadcast live on Saturday, January 4 at 8 pm on CBS. [Watch On Your Phone with Amazon Prime or CBS ALL-ACCESS. Both options offer free trials.]