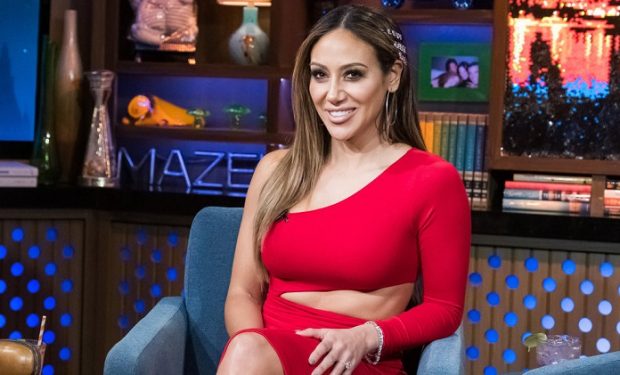 In The Real Housewives of New Jersey episode “Abs & Jabs,” it’s a big day for Melissa Gorga: she’s launching her men’s line at her Envy Fashion Show. When Melissa arrives at the venue with daughter Antonia, 14, she tells all the models (including Dolores Catania’s son Frankie) that they’re all “gorgeous” and “you’re all so friggin’ hot.” She puts on a “super positive attitude” even though she’s stressed out about the show.

In the sneak peek video above, Melissa starts lining-up the models on the catwalk, as Antonia and her husband Joe Gorga watch. Melissa says one of the best things about the day is having Antonia watch her work. Melissa says, “I can feel her looking at me like ‘my mom’s a boss.'”

At the end of the walk-through, Melissa jumps on the catwalk and twerks which surprises Antonia and embarrasses her enough to yell at her mother, “Get off!” and pull her off stage.