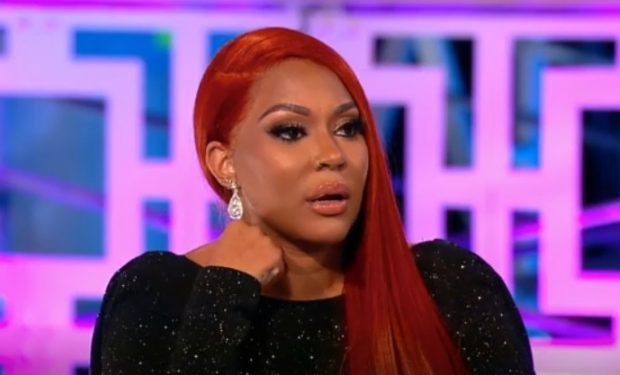 Now that Season 6 of Love & Hip Hop: Hollywood is over, singer Lyrica Anderson can get back to the studio and promote her new music. For a recent photo shoot, A1 Bentley’s wife posed on a modern sofa with (what looks like) no clothes, except for a furry blanket draped over her body.

She captioned the photo below: “That Come gimme Dat D Look.”

When Lyrica released the video from the photo shoot (below), many celebrity friends left compliments like “Gorge!” and “So beautiful,” but it was superstar Rihanna who wrote: “Yesss sis.”

No word yet on when Season 9 of Love & Hip Hop Hollywood will premiere but you can watch the current, Season 10 of Love & Hip Hop New York starring Chrissy Lampkin, Yandy Smith-Harris, Remy Ma, and Erica Mena, among others.