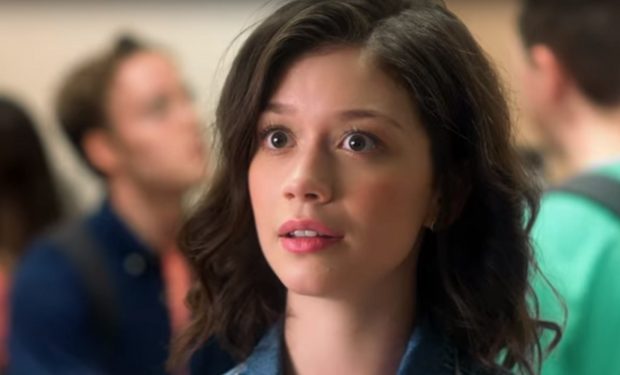 Paige Searcy in Kidnapped By a Classmate on Lifetime, Reel One Entertainment

The protagonist of the Lifetime movie Kidnapped By a Classmate (originally titled Gone Daughter Gone) is teenager Brooke (Paige Searcy). She moved to a new town with her mom (Andrea Bogart) and wealthy stepdad Andrew (Parker Thomas) but hasn’t met any new friends yet.

So when her cute classmate Corey (Pedro Correa) notices her in history class, she’s smitten. The big problem in the equation is Corey’s big brother Hunter (Lucas Adams) who kidnaps Brooke and holds her for ransom.

When not on a TV or movie set, star Paige Searcy — who is best known for her role as Jade Michaels on Days of Our Lives — is often in a dance studio, and sometimes in a string bikini, as seen in the photos above and below.

Fun fact: Searcy made her acting debut in the 2017 Lifetime movie Mommy, I Didn’t Do It playing the wrongly accused daughter of Danica McKellar‘s (Winnie on The Wonder Years) character.