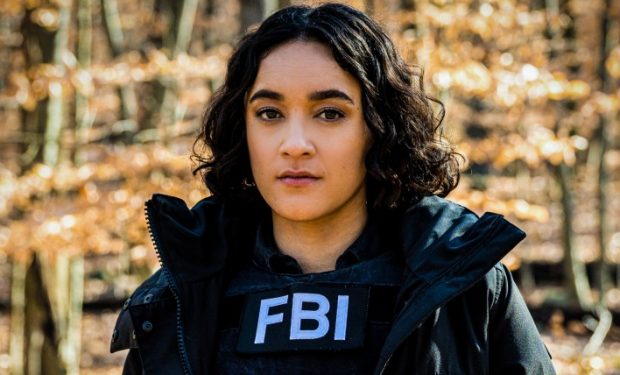 In the first episode, “Dopesick,” they track down Dr. Justin Brock (Henry Thomas) who’s not only involved in a world of organized crime but is also on the run after a phone call records him delivering his wife’s fatal shot.

When not on the set of FBI: Most Wanted, the Australian-born Oscar-nominated actress Castle-Hughes (Whale Rider, click on image to watch) is enjoying her new home in America (Los Angeles) and sometimes in a bikini.

In the photos above and below, Castle-Hughes reveals new tattoos on her thighs.

FBI: Most Wanted airs Tuesdays at 10 pm on CBS. [Watch On Your Phone with Amazon Prime or CBS ALL-ACCESS. Both have free trials!]