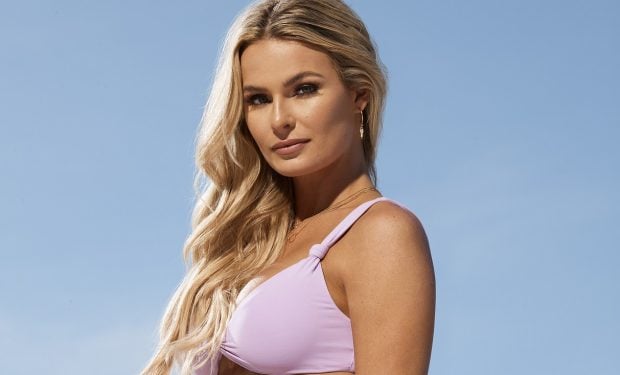 On the Siesta Key episode “New Man, Who Dis?”, Juliette‘s new romance leaves Chloe questioning Robby‘s intentions. In the sneak peek video below, while Juliette is upset that Chloe is growing closer to Chloe’s ex-boyfriend Alex, Chloe tells Cara and Victoria that she (and Alex) suspect Robby is using Juliette for her influencer status.

“That’s like his job,” Chloe says of Robby. When Victoria asks Chloe, “Is he a clout chaser?” she replies without missing a beat, “Yeah, that’s exactly how Alex put it.”

When Juliette shows Robby the results of their first Instagram post/photo together (on the beach, she’s in a bikini, see below), he’s impressed that she “got 117” (meaning 117,000 likes) and concluded, “So people like us, it’s fair to say.”

When Juliette reports that “we got 23,000 sends,” Robby laughs and smiles so wide he covers his mouth. “That confirms it for not only the public but also for me.”

When he admits that he hasn’t felt this way for three years, since Jojo Fletcher (The Bachelorette), Juliette says, “Oh yeah, I forgot about that for a minute,” he follows it up by telling Juliette, “I love you.”