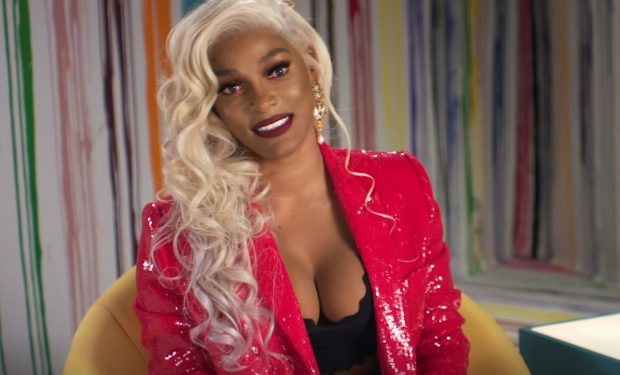 On Season 3 of Love & Hip Hop: Miami, performer Joseline Hernandez joins the crew in Florida. It’s been three years since she’s been on Love & Hip Hop: Atlanta (with her ex Stevie J) and since she had her baby girl, Bonnie. Joseline has a new man, and of course, Stevie J has moved on and married Faith Evans (see double date photo below).

The “Puerto Rican Princess” is back in Miami (where she was raised) and promoting not just Love & Hip Hop Miami but also her own TV reality show, Joseline’s Cabaret Miami on Zeus.

She’s the creator and executive producer of the show, too. The cabaret show features Joseline as the boss of a handful of young female strippers, and she’s not afraid to snatch up a girl who gets out of line.

As in the NSFW trailer below, Joseline is “still bad af” as one fan described her behavior on the show. Many are comparing the show to Ice Cube‘s 1998 movie The Players Club about a single mom (LisaRaye) working as a stripper for a difficult boss (the late Bernie Mac).