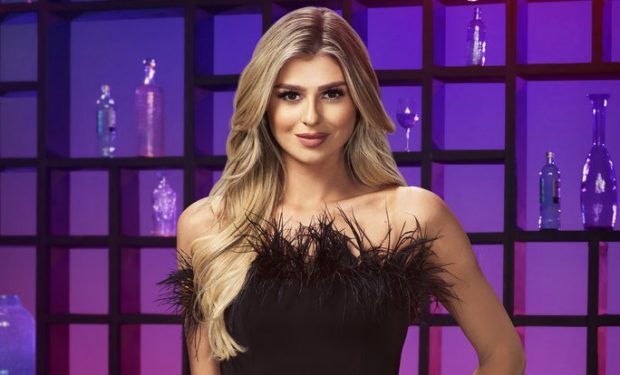 On this season of Vanderpump Rules, beautiful and sweet Raquel Leviss finally finds her own voice and identity as she starts working at Lisa Vanderpump‘s swanky restaurant SUR. When boyfriend James Kennedy sends her a series of vicious texts, Raquel finally delivers an ultimatum.

When not filming Vanderpump Rules, Leviss shares gorgeous bikini pics of herself including this close-up of her “sandy cheeks,” as she describes them. After taking a look at the close-up photo, more than one fan suggested that Leviss get the “suspicious” moles on her back checked.

Vanderpump Rules airs Tuesdays at 9 pm on Bravo. [BRAVO on your phone with the BRAVO Digital App found here. Download is FREE.]