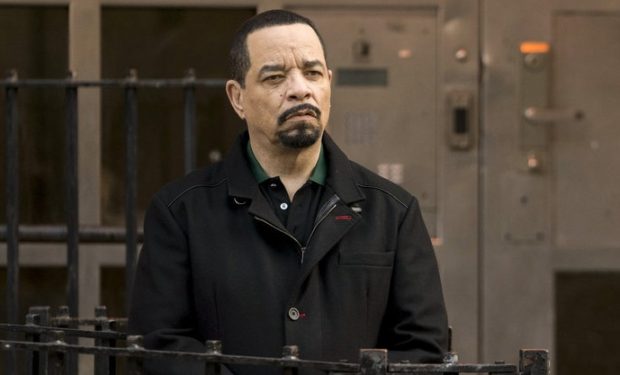 On the Law & Order: Special Victims Unit episode “She Paints for Vengeance,” after a sexual assault investigation is stalled for months, a woman (Tonya Glanz) puts her accusations against a popular athlete on a billboard. Benson (Mariska Hargitay) puts Fin (Ice-T) and Rollins (Kelli Giddish) on the case.

When not filming Law & Order: SVU, Ice-T spends time with his wife, Coco, who often wears provocative outfits when she steps out with her husband, as seen above. She also dresses up for girls night, as seen below at Lips Drag Queen Show Palace, Restaurant & Bar in Manhattan.

One fan commented: “My four year old son said you look like a starburst candy. High praise since it’s his favorite candy.”

Law & Order: Special Victims Unit airs Thursdays at 10 pm on NBC, right after Will & Grace at 9:30 pm. [Get it all on your phone with NBC UNIVERSAL app available here. Download is FREE.]