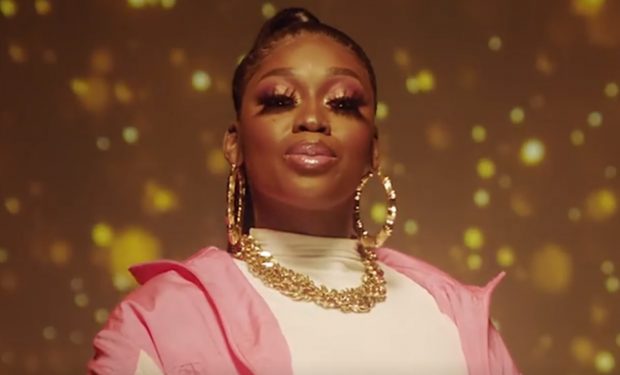 After releasing two albums with her group The Stepsisters, the Miami native (Jacksonville) Hood Brat is launching her solo career and promoting it with drop dead gorgeous photos like the backstage pics above and below.

Hood Brat’s second album, Vonda, is named after Miami’s notorious female drug dealer and gang leader, Vonda Jackson, who was sentenced to 20 years in prison in 2003.

On the Vonda album is the single “Juicy” which pays homage to Love & Hip Hop Miami star Trina, among others.