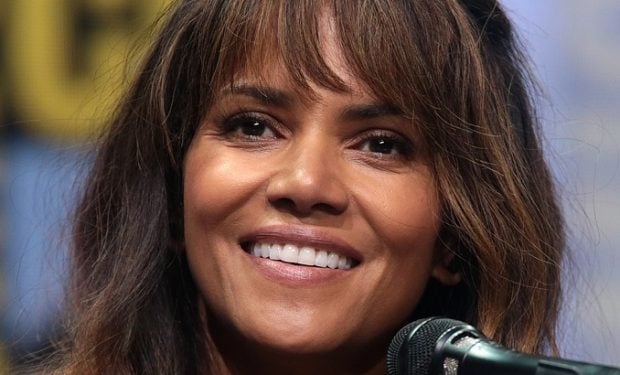 When not on a movie set, or spending time with her two children, Oscar-winning actress Halle Berry (Monster’s Ball) is likely in front of a camera. The 53-year-old beauty most recently shared a photo of herself without a top and behind a leafy twig of a tree, wearing sunglasses. When Halle pulls off a “barely there” look, she really means it.

She captioned it: “I see you Saturday” and giving out a real Eve in the Garden of Eden kind of vibe.

You can see Berry next on the big screen in the forthcoming movie Bruised. She stars as Jackie Justice, a disgraced MMA fighter who is reunited with her son, whom she walked out on when he was 6 years old.

Not only does Berry star in Bruised, but it’s her directorial debut, too! BTW: Halle likes to — sort of — hide in the bushes.