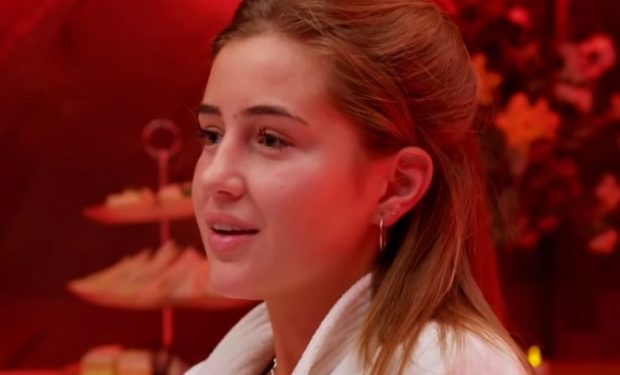 Georgia Steel, Ex on the Beach Peak of Love (MTV)

One of the 10 reality TV stars looking for love on MTV’s Ex on the Beach: Peak of Love is Georgia Steel. The British blonde from Love Island 4, isn’t surprised by just one ex-boyfriend who shows up at the ski house in Queenstown, New Zealand, but two (Niall Aslam and Sam Bird).

When not on a reality TV show, Steele spends a lot of time in front of a camera and shares the results on social media. Her fit physique is often revealed in flattering outfits (bikinis, lingerie, mesh dresses) but the photo above of her in a workout bra and pants is one of the most provocative poses.

She’s squatting with her legs open and holds a drink with a tall straw between her legs. As one fan wrote: “Lucky straw lol” and another wrote: “Great positioning of the cup.”

Ex on the Beach: Peak of Love airs Thursdays at 9 pm on MTV. [ON YOUR PHONE: MTV Digital App found here. Download is FREE.]