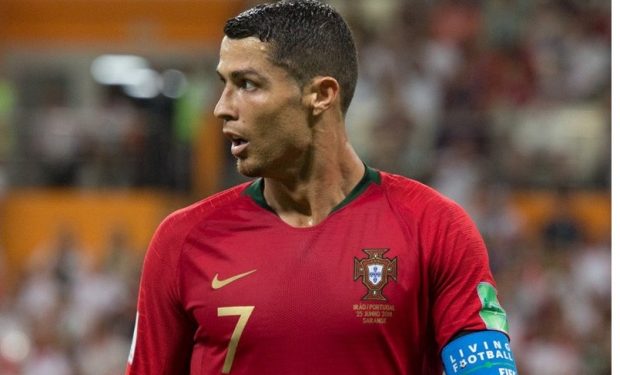 You have seen Cristiano Ronaldo in his underwear — the ad spend on that Cristiano-caught-in-the-hotel-hallway-in-his-shorts was massive. And you have seen this Portuguese soccer god hike up his shorts before a free kick — so flagrant an advertisement of his virtuoso musculature that it seems designed to intimidate even the soccer ball! But you have never seen Cristiano Ronaldo quite this ripped. Because this is insane!

It’s no wonder that no one on earth has more Instagram followers than Cristiano Ronaldo. This man delivers what his fans want. But even for Cristiano — and we include some popular photos below — this photo goes beyond. It’s as if you can see every sinew in his virtually fat-free body, with every muscle taxed at this very moment to the height of its capacity.

Sure, there are ab-focused photos that make one shake a head in disbelief at Cristiano’s strength, but still even the photo below fails to communicate the sheer power of his lean frame the way the photo above makes explicit.

Here’s those legs we mentioned, but still…