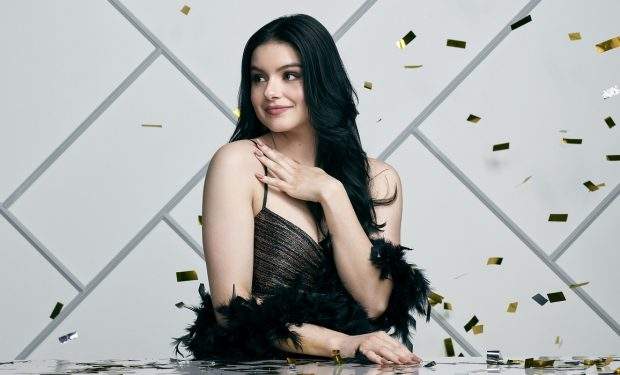 In the Modern Family episode “Legacy,” while Phil (Ty Burrell) checks in on his father after hearing some concerning news about him, Jay (Ed O’Neill) gives his adult children Claire (Julie Bowen) and Mitch (Jesse Tyler Ferguson) some of their old childhood memorabilia. It’s a gift that triggers them to reevaluate a long-held story about their first family.

When not filming the last season of Modern Family, gorgeous star Ariel Winter (who plays Alex) is usually in front of a camera. In the short short cropped pin-stripe business suit above, she “welcomes MTV to her crib” while flashing that snatched waist and killer legs. She captioned the photos below, “business at 9, @britneyspears music video at 5.”

Modern Family airs Wednesdays at 9 pm on ABC, right after Schooled at 8:30, and right Single Parents at 9:30 pm. [Watch on your phone with the ABC GO Digital App found here. Download is FREE.]