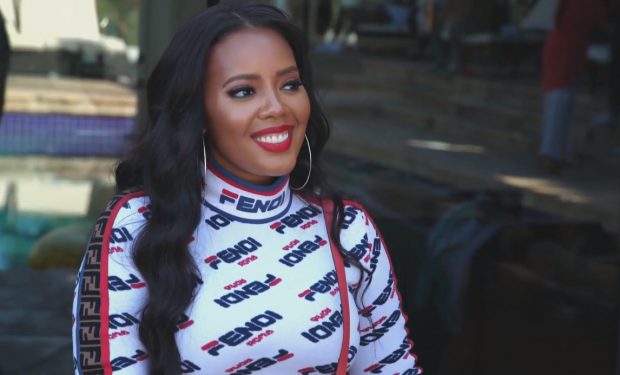 On the Growing Up Hip Hop episode “Watch Out Sammy,” while Sam asks Egypt’s father Treach for his blessing to marry her, cousin Tee Tee does her best to sabotage Sam’s proposal. Meanwhile, Rev Run counsels his son JoJo and his fiancee Tanice before officiating their marriage.

It’s awkward, but not as awkward as Angela Simmons hanging out with Boogie Dash. Just sayin’.

When not filming Growing Up Hip Hop, Angela Simmons is in front of a camera — and usually looking fabulous in fashionable ensembles. But when she posted the series of photos above — in which she’s wearing over-the-knee lace-up black leather boots, more than fan noted her purse sitting on the floor.

Growing Up Hip Hop airs Thursdays at 9 pm on WE. [Get it on your phone: WE TV Digital App found here. Download is FREE.]