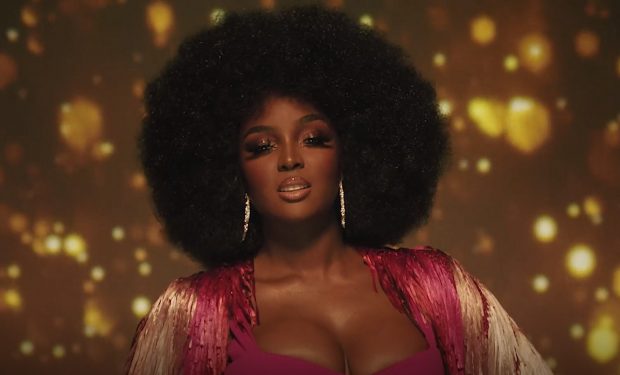 Don’t let the arrival of Joseline Hernandez (aka “The Puerto Rican Princess” from Love & Hip Hop Atlanta with her ex Stevie J) on Season 3 of Love & Hip Hop: Miami distract you. At least not too much.

In the season premiere episode of LHHM, “There’s No Way,” fans also watch Afro-Latina singer Amara La Negra get ready to unveil her new single and her new relationship.

While promoting the show and her new music, Amara shared the braless photo above and asked fans: “When you See This Picture… What do you see?”

Many left fire emojis and more than one noted a resemblance to blaxploitation film star Pam Grier (who currently plays the sheriff on the sitcom Bless This Mess).

In the photos below, with straight hair and bangs, she looks a lot like America’s Next Top Model creator and supermodel extraordinaire Tyra Banks!