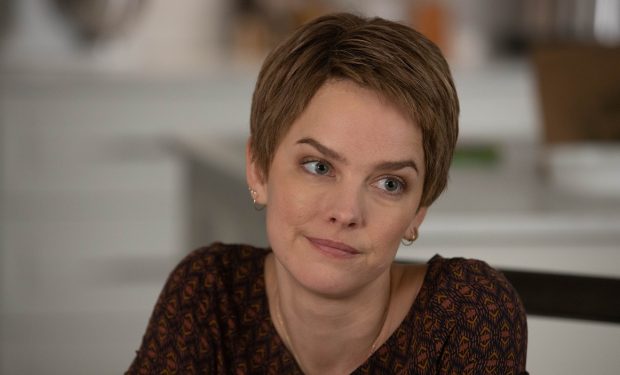 On the A Million Little Things episode “The Kiss,” three months have passed since Deliah (Stephanie Szostak) and Eddie (David Giuntoli) revealed the truth about their affair. While Deliah’s daughter Sophie (Lizzy Greene) continues to rebel against her, Maggie (Allison Miller), Gary (James Roday) and the gang gather for the opening night of Danny’s (Chance Hurstfield) play.

When not filming A Million Little Things, Miller enjoys her time off traveling — as seen in the rare, gorgeous bikini photo above. She captioned the intimate photo: Woke up. Cried. Swam. Did a sweat lodge with a man in the jungle. Laughed. Drank mezcal. Made cenote friends. Twunny. Twunny.” Her A Million Little Things co-star Stephanie Szostak wrote: “You look happeeee!”

A Million Little Things airs Thursdays at 10 pm on ABC, right after Grey’s Anatomy at 9 pm and Station 19 at 8 pm. [Watch on your phone with the ABC GO Digital App found here. Download is FREE.]