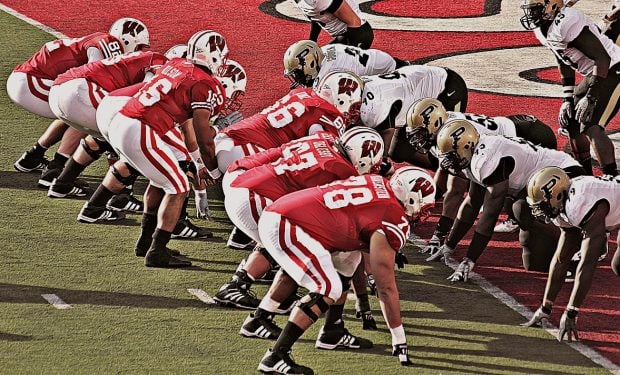 When not on the field, Ferguson spends time with his gorgeous girlfriend Meagan Bumgarner, a Wisconsin cheerleader who looks amazing in bikinis!

According to LinkedIn, Bumgarner will graduate in 2020 with a degree in interior architecture and is looking for an internship!

The Ohio State (12-0) vs. Wisconsin (10-2) championship game will broadcast live from Lucas Oil Stadium in Indianapolis on Saturday, December 7 at 8 pm on FOX.