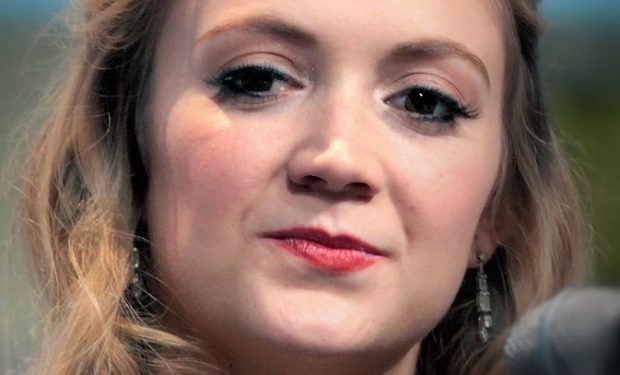 Old Navy is celebrating the holidays with a new commercial, “Holiday Wrapping,” featuring triple threat Neil Patrick Harris. Harris plays a game show host who lifts a pair of giant scissors and announces to the audience that it’s time to gift wrap.

The gesture triggers a handful of dancers wearing colorful Old Navy pajamas to perform. The lead wrapper/rapper in the green and black plaid onesie is actress Billie Lourd.

Lourd is the only child of the late Star Wars star Carrie Fisher, and granddaughter of the late Debbie Reynolds and Eddie Fisher.

The 27-year-old actress Billie Lourd is known for her roles as Lieutenant Kaydel Ko Connix in the 21st century Star Wars movies (The Force Awakens, The Last Jedi, and The Rise of Skywalker), Sadie Swenson on Scream Queens, and as a variety of characters on American Horror Story (Cult, Apocalypse, and 1984), among others.