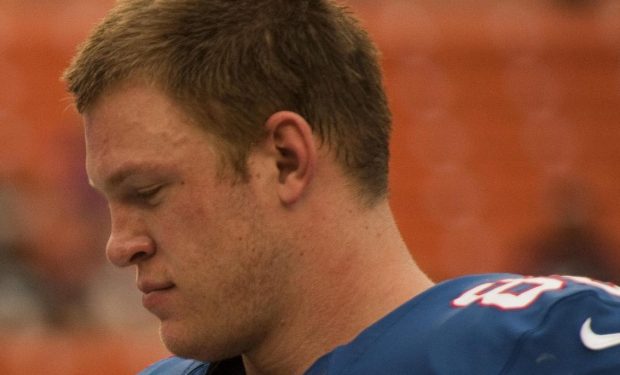 Kyle Rudolph is the 6’6″, 265 lb. NFL tight end playing with the Minnesota Vikings. The Cincinnati native played three years of college football at Notre Dame before being drafted by the Vikings in the 2011 NFL Draft. In June 2019, Rudolph signed a four-year, $36 million contract extension with the Vikings.

During the NFL 2019 Season’s Week 11 game against the Denver Broncos, Rudolph caught five passes for a season high 67 yards and a touchdown helping the Vikings make a comeback win (27-23). See video below.

When not on the field, Rudolph spends time with his gorgeous wife Jordan (nee Nine) Rudolph. After after their third child, son Henry, Jordan rocked a peek-a-boo bikini top at the beach. She’s also the mother of 3-year-old twin girls Andersyn and Finley!

The Minnesota Vikings (8-3) vs Seattle Seahawks (9-2) game will broadcast live from CenturyLink Field on Monday, December 2 at 8 pm on ESPN. [NOTE: Get the ESPN digital app and watch any show. It’s free to download.]