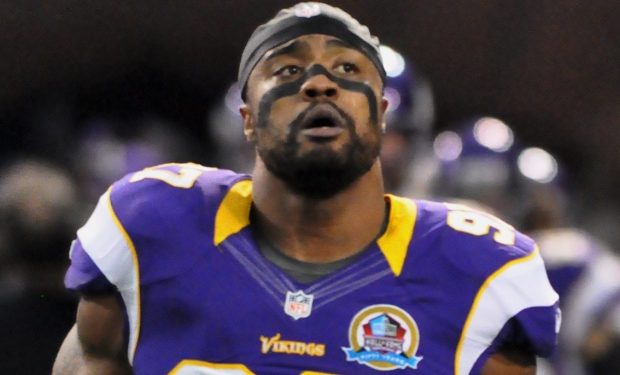 Everson Griffen is the 31-year-old NFL defensive end playing with the Minnesota Vikings. He played three years of college football at USC before he was picked by the Vikings in the 2010 NFL Draft. After his rookie NFL season, he met his future wife, Tiffany Brandt.

When not on the field, Griffen spends time with his gorgeous wife of now six years, who looks a-mazing in a bikini!

It’s hard to believe she’s the mother of three kids — all boys — Greyson, Ellis and Sebastian.

The Minnesota Vikings (8-3) vs Seattle Seahawks (9-2) game will broadcast live from CenturyLink Field on Monday, December 2 at 8 pm on ESPN. [NOTE: Get the ESPN digital app and watch any show. It’s free to download.]