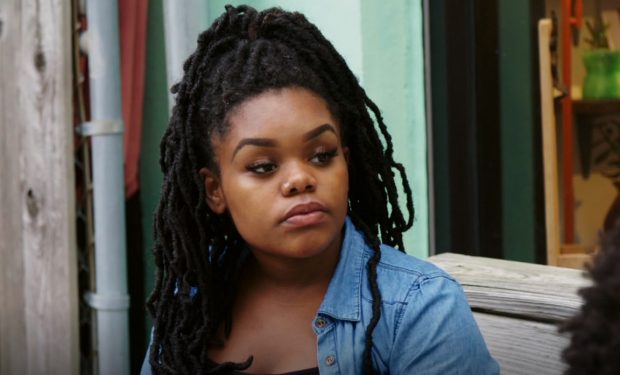 On Season 2 of Teen Mom: Young + Pregnant, while 16-year-old Rachel deals with the consequences of not knowing who her baby Hazelee’s biological father is — it’s either her ex-boyfriend Drew or his best friend Jacob — Kiaya visits the father of her baby boy Amour, X’Zayveon, in prison.

Kiaya says she hasn’t seen X’Zayveon for a year and while driving to the state prison (with baby Amour in the backseat), she admits that she’s “anxious.”

When not filming Teen Mom: Young + Pregnant, Kiaya is talking selfies of her snatched waist. As she captioned the photo above, “Admiring the bod.”