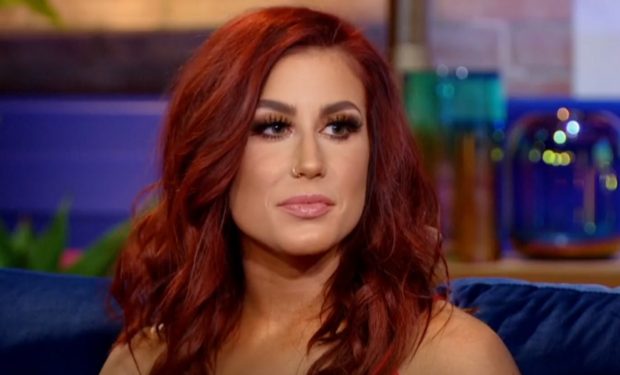 When not filming Teen Mom 2, Chelsea is likely in front of a camera and looking fabulous. When she posted the photos above from an “impromptu photo shoot,” many of her fans commented on how much they love the grunge look.

We think she looks a lot like Little Jagged Pill singer Alanis Morissette!

The photos were taken by Ayla Archer who also shared a close-up photo of Chelsea in the Def Leppard sweatshirt and reported that they “Removed her old extensions//Applied new extensions//colored her hair.”