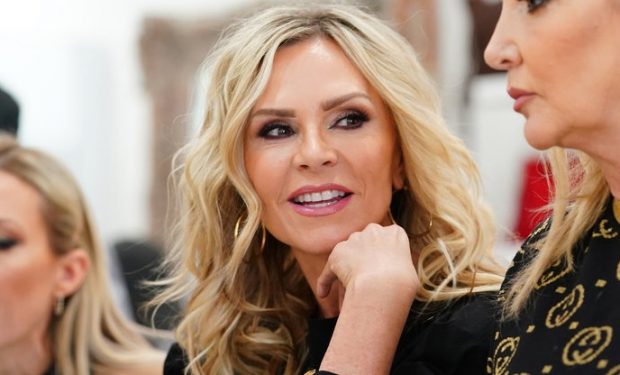 In The Real Housewives of Orange County episode “Wild, Wild Key West,” all the ladies head to Key West, Florida. While getting ready to go to a drag show, Gina and Emily try to convince Vicki Gunvalson to come clean with Kelly Dodd about what she’s done. Yes, another argument ensues between the two women, and it causes “Vicki to explode,” according to Bravo.

In the sneak peek video below, before Vicki screams, “You are a terrible person, Kelly!”, Tamra Judge is seen wearing a sexy red criss cross jumpsuit with a keyhole or peek-a-boo cut-out front that reveals A LOT of cleavage and some of her super-toned tummy.