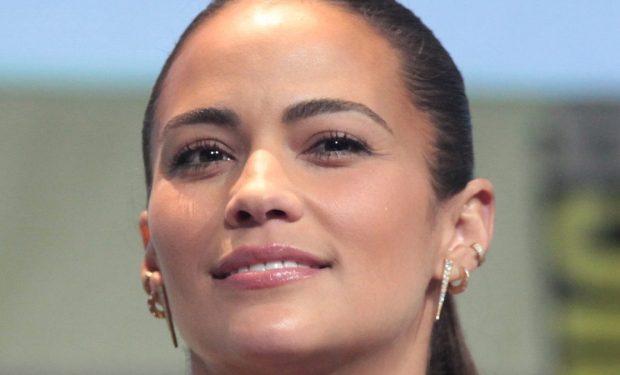 After more than a year off of Instagram, actress Paula Patton (Precious, Mission: Impossible Ghost Protocol) is “happy to be back!” and announced that she’s starring in the new BET original movie Sacrifice, in which she plays hard-as-nails Hollywood entertainment lawyer, Daniella Hernandez.

In Sacrifice, for her famous clients including singer Isis Rey (Kylie Jenner‘s former best friend turned actress Jordyn Woods), Hernandez goes toe-to-toe with her former sorority sister-turned-nemesis Beverly Rucker (Erica Ash), who is now L.A.’s District Attorney. In the trailer below, Hernandez is determined to seek revenge for Isis Rey, who is so badly beaten she’s in the hospital.

This isn’t Woods’ acting debut — she played Dee on an episode of Grown-ish but it’s her first big movie role. As one of Woods’ 10.9 million followers on Instagram wrote: “Omgggg😩 Kardashians who?”

Sacrifice, which was written and directed by Chris Stokes (former music manager of Brandy, Immature, and B2K, among others), will premiere on BET on Thursday, December 19. Fun fact: Immature’s Romeo co-produced Sacrifice and Marques Houston has a cameo role. [Get BET on Amazon Prime — free trial]