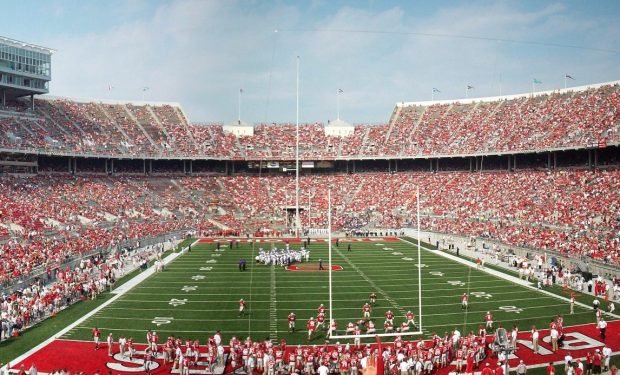 Jeremy Ruckert is the 6’5″, 250 lb. tight end from Lindenhurst, New York playing on the Ohio State Buckeyes football team. The sophomore (#88) has played all 12 games this season and, so far, has made three touchdowns (two against Florida Atlantic and the other against Northwestern).

When not on the field, Ruckert spends time with his gorgeous girlfriend Robyn Haines who often flaunts major curves and her snatched waist in tight crop tops and bikinis.

The Ohio State (12-0) vs. Wisconsin (10-2) championship game will broadcast live from Lucas Oil Stadium in Indianapolis on Saturday, December 7 at 8 pm on FOX.