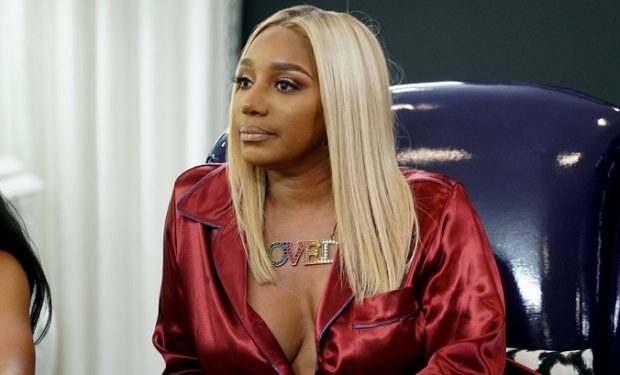 Nene Leakes on THE REAL HOUSEWIVES OF ATLANTA (Annette Brown/Bravo)

In The Real Housewives of Atlanta episode “What Would Michelle O Do?”, while Marlo Hampton takes Porsha Williams out to get her mind off her break up with her husband Dennis, rumors continue to swirl about a secret recording of Cynthia Bailey talking behind Nene Leakes’s back. [BONUS: Stream any BRAVO show through the BRAVO Digital App found here. Download is FREE.]

When not filming The Real Housewives of Atlanta or restoring her sisterhood with the ladies, Nene is flaunting a lot of flesh as she celebrates her 52nd birthday.

When Nene shared the photo above, of her wearing a plunging neckline black bodysuit with nothing but a sheer lingerie robe, many from the Real Housewives franchise left compliments including Teresa Giudice (New Jersey) and Gizelle Bryant (Potomac) and a few Basketball Wives –including Shaunie O’Neal and Tami Roman — also sent “beautiful” compliments and sent birthday wishes.

But quite a few of her non-celebrity followers left comments like “who the hell is that” and “wtf is that” and “she don’t look like herself” with comments insinuating that the photo was Photoshopped and/or that she’s had too much plastic surgery. As one fan wrote: “That don’t look like her she be getting so much surgery done she’s unrecognizable.”

The Real Housewives of Atlanta airs Sundays at 8 pm on Bravo.