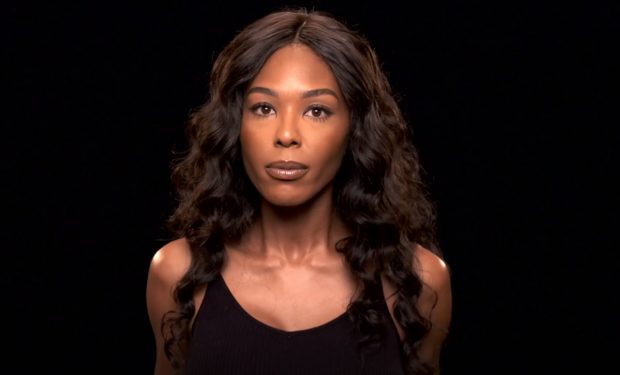 On Season 6 of Love & Hip Hop Hollywood, fans have watched as the romance between Apryl Jones and Lil Fizz became public knowledge. Fizz’s baby mama, Moniece Slaughter, was one of many people who were not happy to hear the news. (Even rapper Meek Mill chimed in).

All that drama aside, Moniece is showing up at the Love & Hip Hop Hollywood reunion looking as glamorous as can be with her short wave Toni Braxton-esque hair.

Her black bra with a double-belted holster look flaunts her snatched waist and with — as she describes her breasts — “watermelons bigger than my head.” She also tells her fans to tell “my mother” Toni Braxton “I don’t appreciate her abandoning me and not claiming me after all these years.”