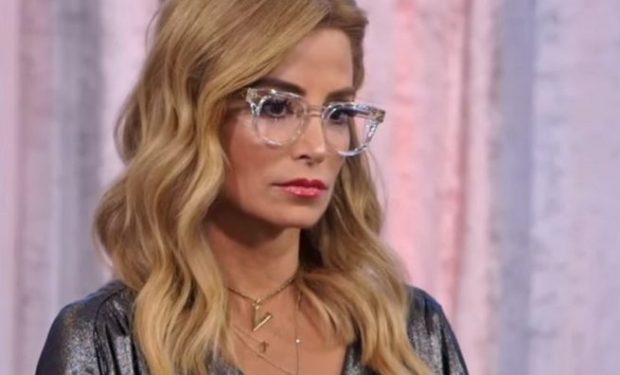 On Season 13 of Marriage Boot Camp: Reality Stars Family Edition, Dr. Venus Nicolino aka “Dr. V” deals with the drama and egos of celebrities and their families including former child star Corey Feldman and his wife and brother Eden Feldman. Dr. V puts Corey in a scenario where he’s forced to make the ultimate sacrifice for a loved one — but will he step up for his brother?

When not filming Marriage Boot Camp: Reality Stars, the celebrity shrink Dr. V knows how to unwind… and strike a pose.

In the photo above — in the Dead Sea! — she’s wearing a gorgeous swimsuit (technically a one-piece) called Dakotta by Agent Provocateur (see link on left).

The cut-out swimsuit with the deep, plunging slash detailing allows “tempting flashes of bare skin, creating killer curves while keeping your modesty.” For those less modest, there’s a bikini version too!