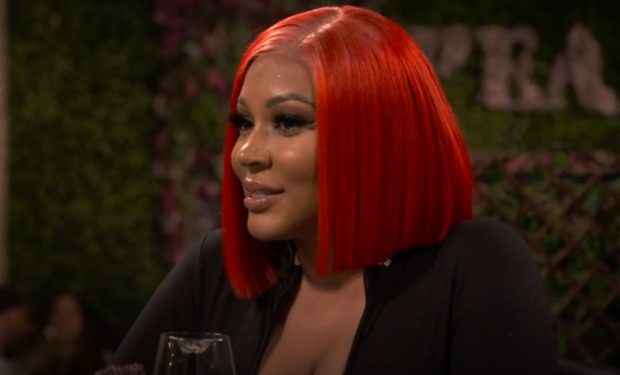 On Season 6 of Love & Hip Hop Hollywood, the drama between Lyrica Anderson and her husband A1 Bentley, father of her one-year-old son Ocean, continues to ebb and flow.

When not filming Love & Hip Hollywood or making music in the studio, Lyrica is likely posing in front of a camera. When she shared the glamorous “raw” photo above, many of her reality TV celebrity friends replied — including Bad Girls Club star Natalie Nunn who wrote: “Mine” with a red heart emoji.